My experience with the Sony a7II and the a6000 has been quite pleasant so far. I’ve had a chance to push them to their limits on many portrait sessions and weddings and they’ve both found a place in my lineup. But, the Sony a7RII is undeniably the hottest ticket in town right now. I’ve had the pleasure of taking it out for a spin for a last-minute bridal portrait and video shoot the day it was released to the public last August. But, my time with it was limited (I had it for less than a day), and I’ve always wanted another chance to take it through a more rigorous set of shoots. Well, a few weeks ago, I got that chance. 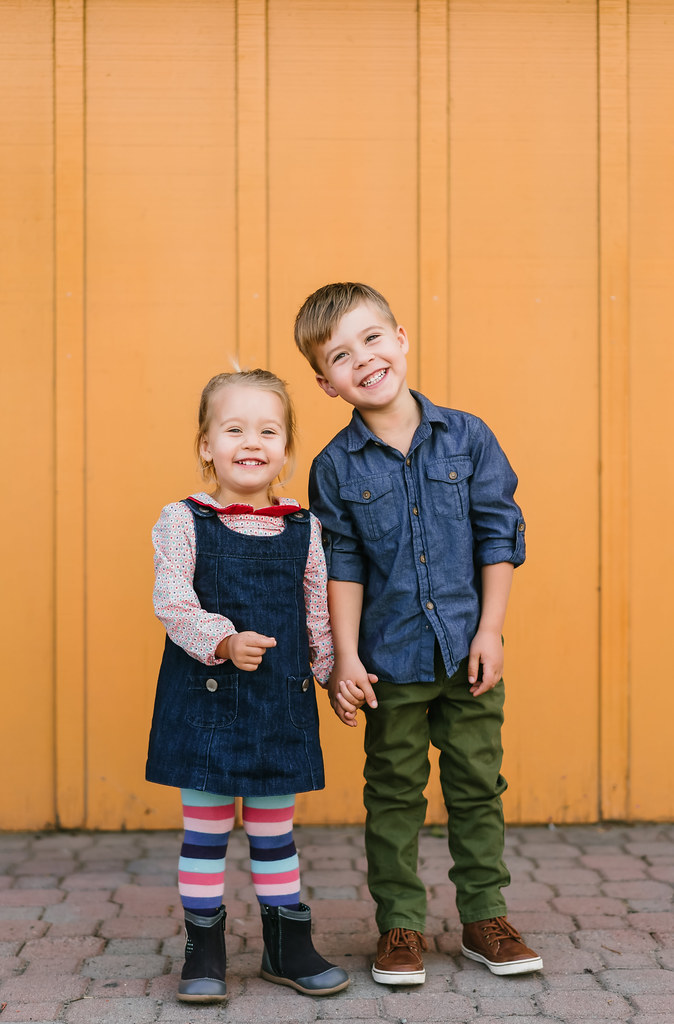 Again, my good friends at Horn Photo, a local camera shop, and Sony were generous enough to give me more time with the a7RII — this time through a whole weekend where I had a wedding to film, and a couple of family portrait sessions to photograph. This blog post will concentrate on the stills photography end of things, so you’ll have to wait until next time if you are interested in the video aspect of the camera. 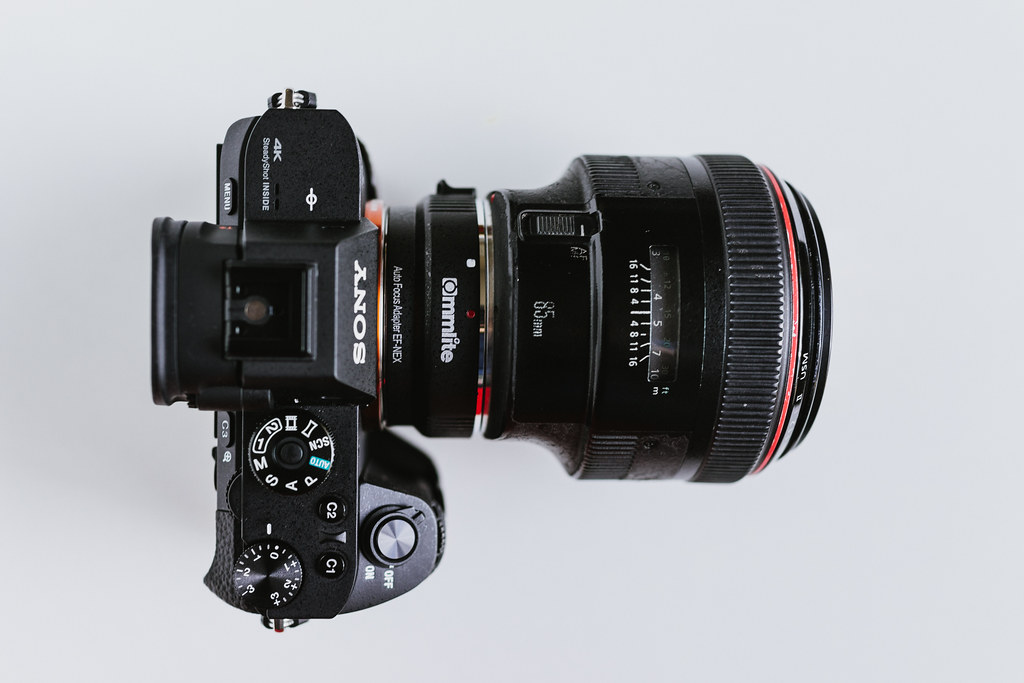 For the most part, I used my trusty Sony-Zeiss FE 55mm f/1.8, but I also picked up a Commlite EF to NEX adapter, so I was able to test out some of the Canon lenses that I kept from my old system.

The Pressure Is On

During the fall season, my schedule gets pretty booked up with family portraits. Time is a luxury that’s hard to attain. To make it all work, I’ve had to learn how to shoot quickly and efficiently. So much so, that I am able to offer 15-minute mini sessions during this time of year. This is the setting in which I tested the Sony a7RII. It’s a fast paced environment and every second spent fiddling with the camera’s settings is precious time lost. To add to this challenge, I also used a lens adapter for Canon lenses. The pressure was indeed on. 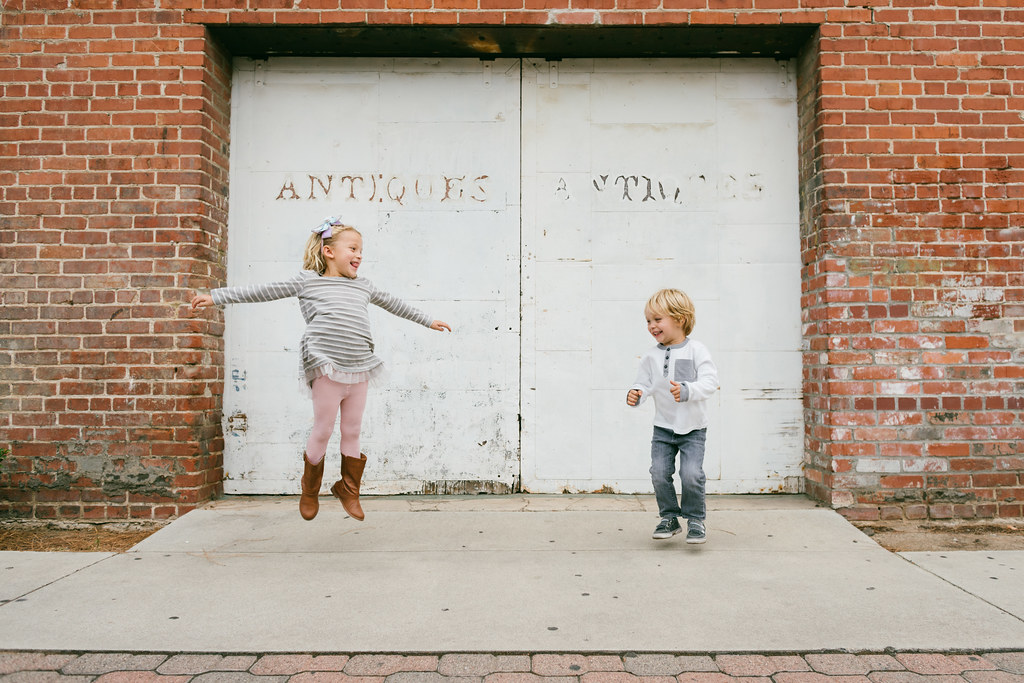 During the portrait sessions, I was able to use two of my Canon lenses — the 24mm f/1.4 L and the 85mm f/1.2 L. I adapted them to the a7RII by using a Commlite adapter. With this setup, I’ve learned that I can use single shot auto focus, but not continuous focus. The focusing time is not as fast as I’m used to. In some occasions, I’ve found that the camera will take a long time hunting for focus, it’s a rare occasion, but it happens. Because of this, I’ve found that the most efficient way to use adapted lenses is by using manual focus in conjunction with the focus-peaking feature. Using this method is probably scary to some, but I’ve found it to be very effective in most situations. With portraits, I tend to shoot wide open or quite close to it. With the backgrounds out of focus, and racking the focus back and forth ever so slightly, you can literally see where your focus peaks as the red (or whatever color you choose) “in-focus” areas get more pronounced in the viewfinder. This becomes harder when you shoot with narrower apertures. Because there is more of the photo that is in focus, sometimes it’s harder to determine where it peaks. I would assume though that most portraits are taken with a shallow depth of field, so manual focusing is definitely a handy and functional tool in this case. 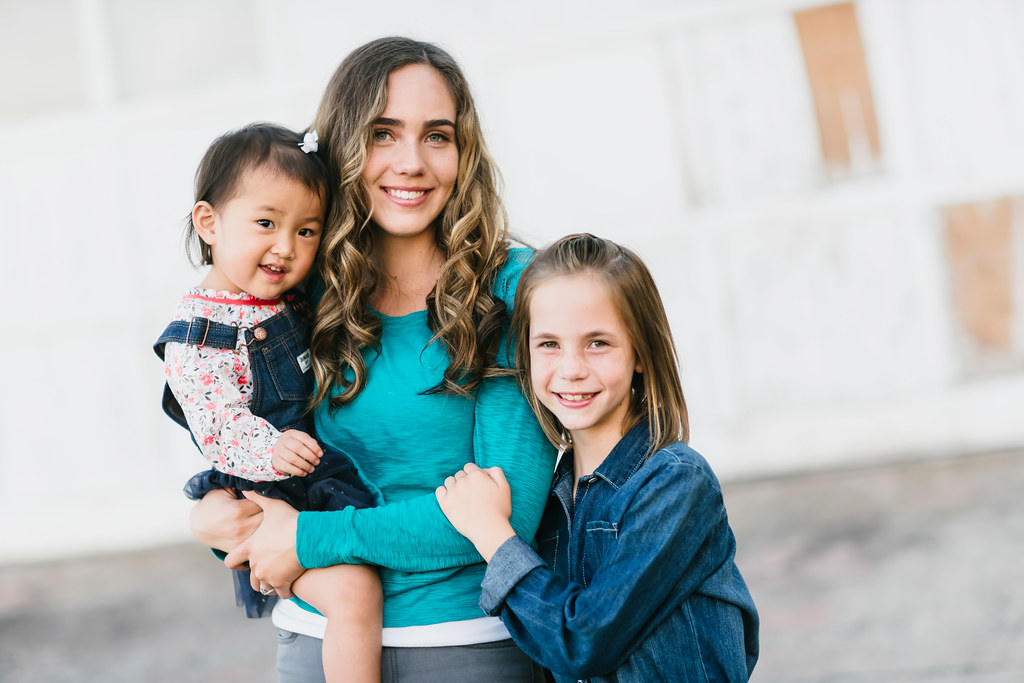 More Pixels To Play With

One cool thing that I’ve stumbled upon is actually an old trick that works quite well with this camera. If I told you that you are able to crop your images later in post, you’ll probably laugh at me and say that it’s nothing new, and you’re right. But for me (and I’d assume a lot of other shooters), I try to nail the composition as much as I can in camera. I’ve also found that somewhere between 16 and 24 megapixels-range is the optimal image size for printing enlargements. So, because of that, it became a habit of mine to crop images in post only if it is absolutely necessary. Doing otherwise will result in a less-than-optimal enlargement. Now with the a7RII, I have 42 megapixels to play with. If I am manually focusing my compositions, I also have the option of assigning one of my custom function buttons to zoom in on the image to check on my focus. This is another effective way of getting critical focus. If I keep all my critical focus elements somewhere in the middle and use this technique, I can quickly zoom in to the center of my frame to tweak my focus and shoot away. It makes me that much more quicker so I can capture that exact moment. And because I know I have some wiggle room to crop my image later, this technique can be very useful even with constantly-moving subjects like children. 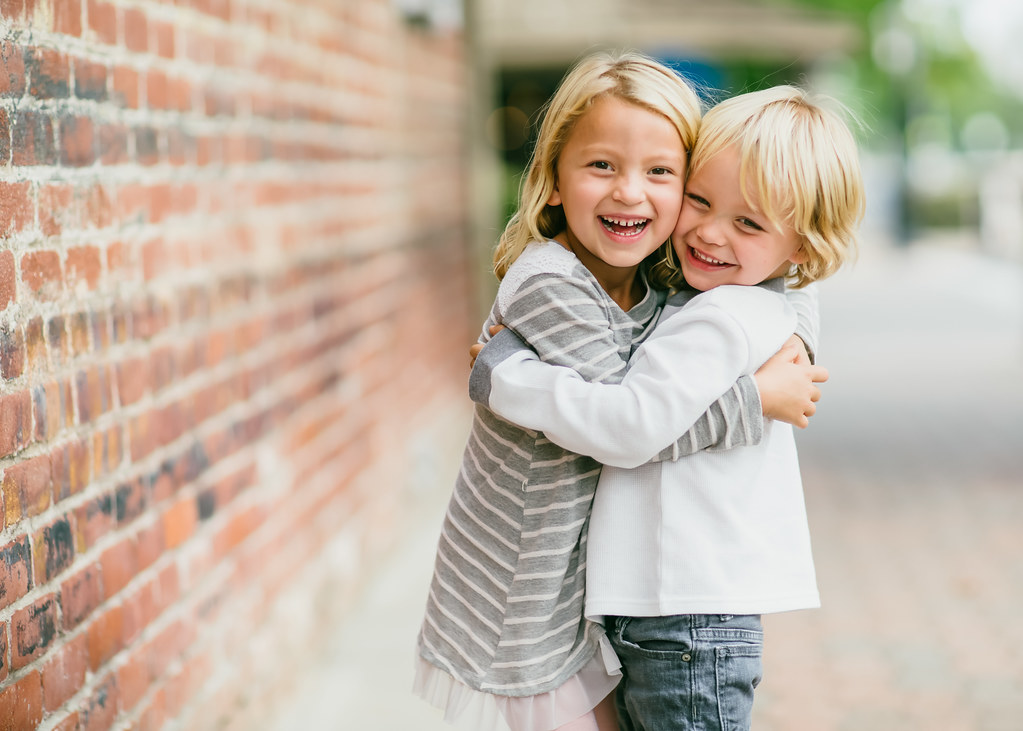 It was nice to be able to use some of my favorite Canon glass with the a7RII, but for most of my shots, I used my trusty 55mm Sony-Zeiss lens. Because it’s a lens that’s native to the full-frame Sony mount, a lot more features are available to use with it. One of these features that I’ve been dying to try is Continuous Eye-AF. Just as the name suggests, when this feature is activated, the camera will continuously track the subject’s eye that is closest to you. In previous cameras like the a7II, this feature was limited to single shot AF. But, with the a7RII, this feature was upgraded to include continuous focusing. I assigned this feature to the AF/MF button (which lands directly under my right thumb), and the moment I activated it, I was amazed. It works like magic, for reals!!! As long as I had my thumb pressed against that button, the camera tracked the subject’s eye, even as it moved closer or further away from me, or across the frame. All I had to do was time my shot to get a perfectly-focused image. I had at least two little children in each family portrait session, and Continuous Eye-AF was oh so handy. This feature is the new “must-have” for any portrait photographer. 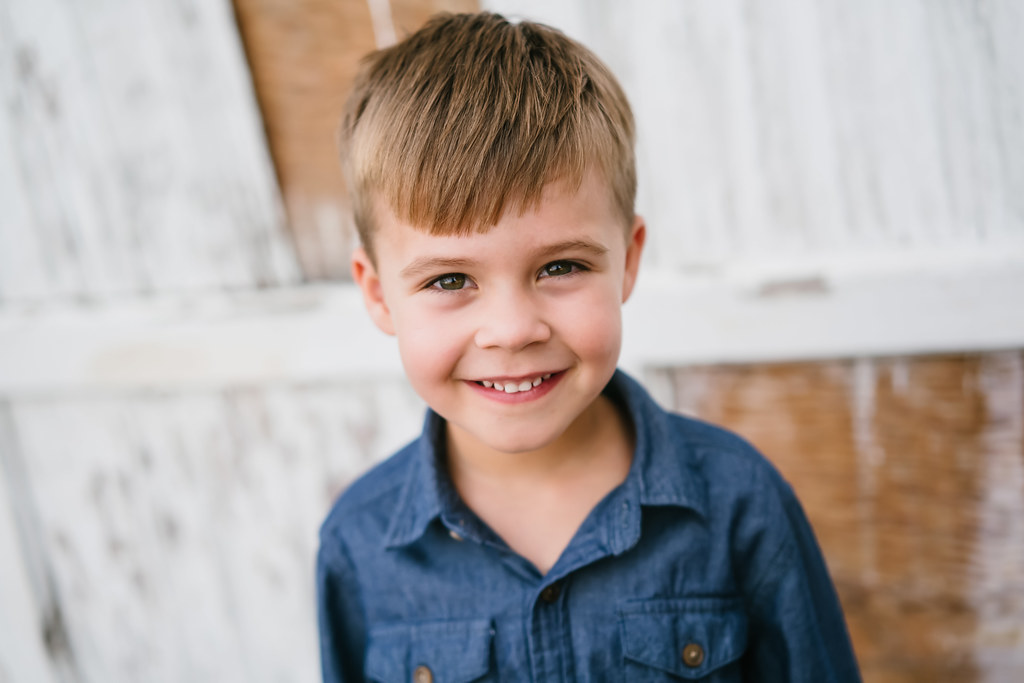 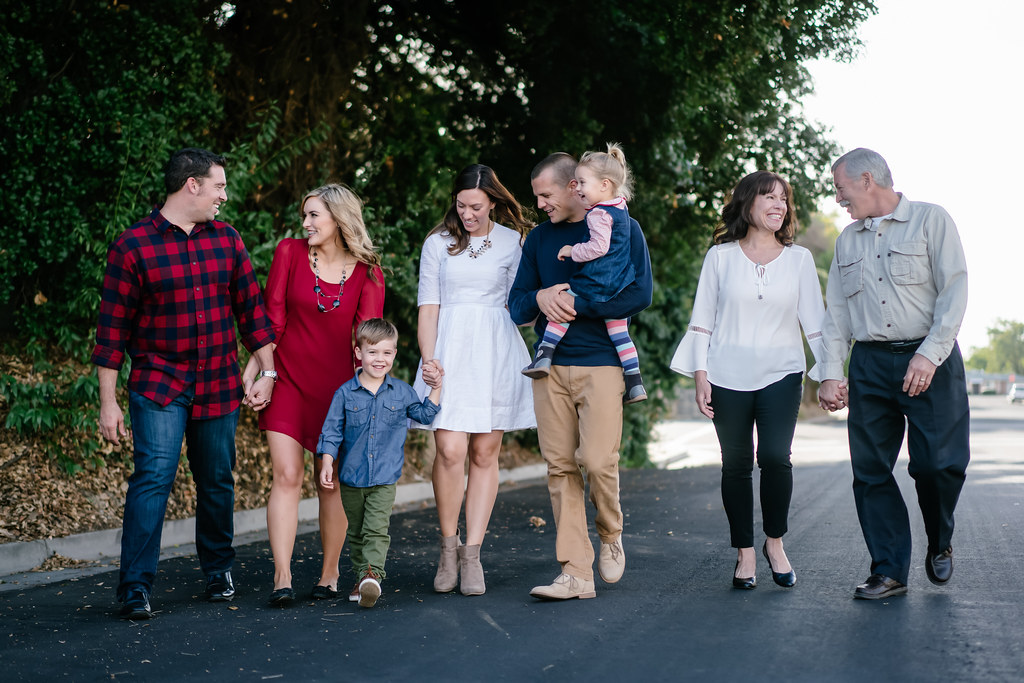 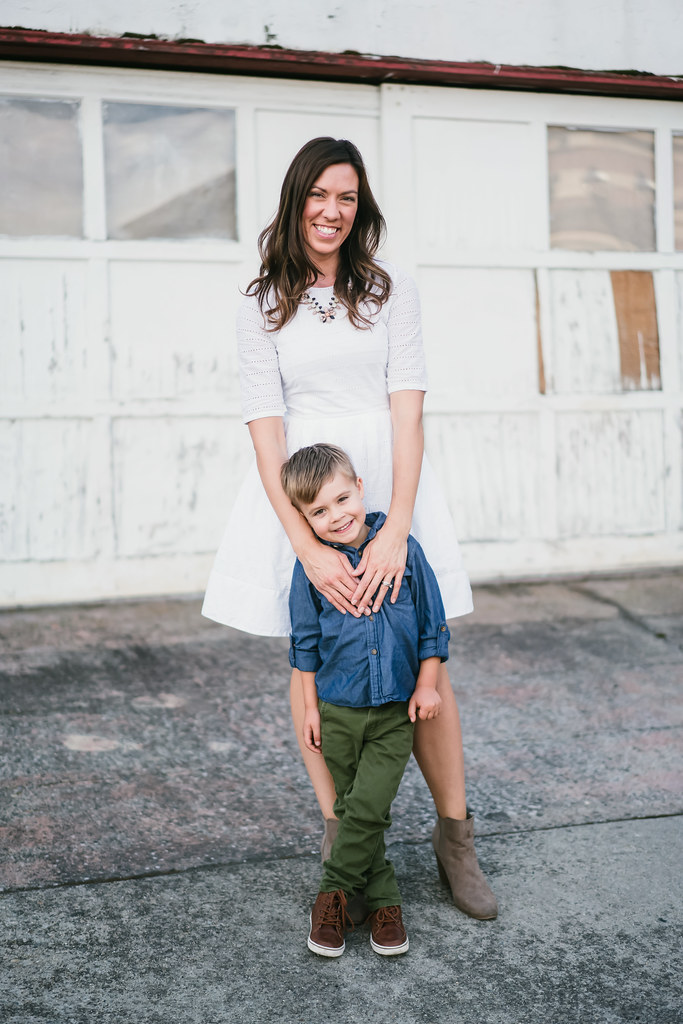 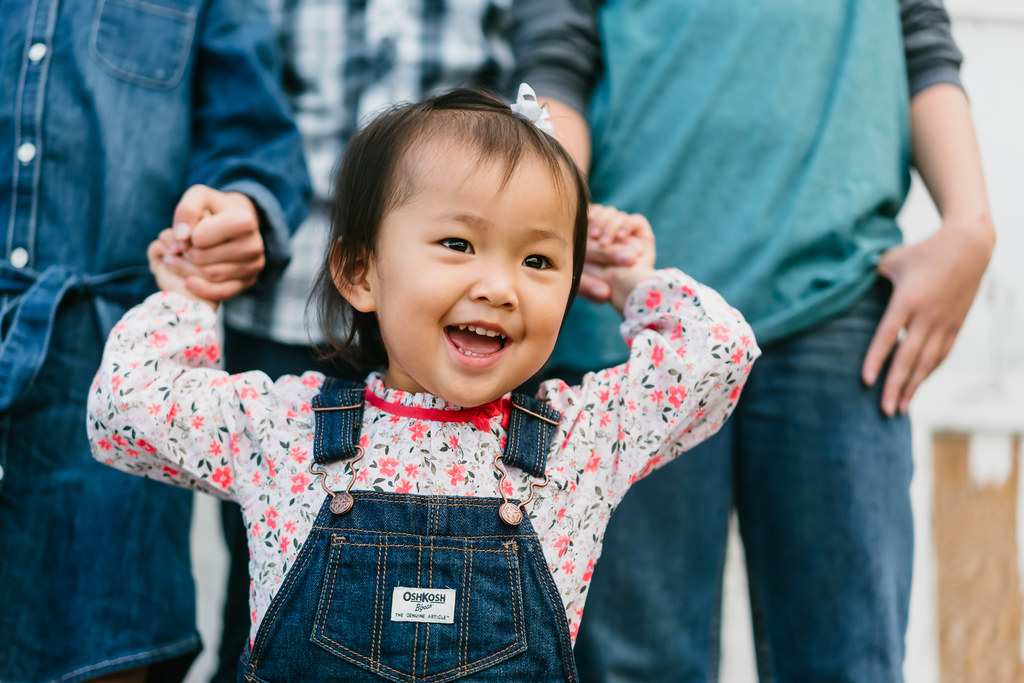 Even though I am extremely pleased with my current camera bodies (a7II and a6000), the Sony a7RII is continuing to make a believer out of me. It’s just so jam-packed with really useful features. I’m starting to see the real advantages of the high-megapixel sensor and the advanced focusing system. On an upcoming article, I’ll observe how the camera’s video features translate into real-world usage. But for now, I’m convinced that the a7RII is the best camera for portraiture that Sony has to offer.

I can’t say this enough — thanks again to Horn Photo for sponsoring this post and Glenn Weinfeld at Sony for lending me an a7RII for the weekend so I can photograph these beautiful families.